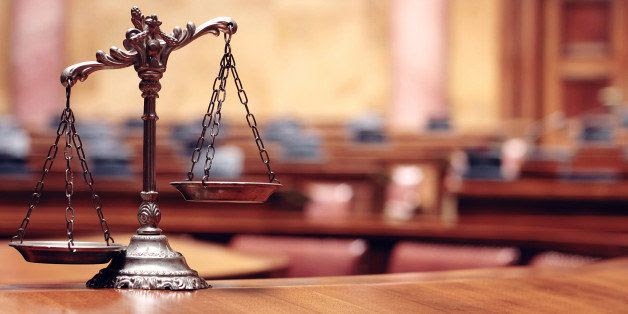 Our country was founded on the principles of life, liberty, and the pursuit of happiness for all. These founding principles were written in a time when only wealthy, white, men could fully enjoy them. While our country has made great strides since then, the question of whether those founding principles truly apply to all American citizens still remains. America prides itself on being a place of equality and justice for all, a shining example for the entire world. Yet, inequality and injustice still persist in our society today. The U.S has changed a lot since the creation of those principles but racism is still very much ingrained within our society today as it was then.

This is the second article in a series where we are investigating institutional racism, also known as systemic racism, and its different lenses within our society. Institutional racism can be defined as racism that is embedded within our day-to-day practices. This issue looks at how racism is present within the criminal justice system.

The first injustice occurs within neighborhoods that are predominantly made up of people of color. Communities that are made up of mostly racial minorities are overpoliced in comparison to white neighborhoods. The higher the police presence in a neighborhood the more likely the people of that neighborhood are to be arrested and/or have issues with the police. It’s not necessarily because more crime occurs in these types of neighborhoods but rather police are harsher within these areas. According to the NAACP and CBS News, a black person is five times more likely to be stopped without probable cause than a white person is. Cases of police brutality impact minorities more than white people. Statistically, white people make up 61% of the population and 41% of fatal incidents whereas black people make up only 13.4% of the population but 21% of fatal incidents with police.

Additionally, people of color are more likely to go to jail than white people for the same crime. Black men in particular face 20% longer sentences on average in comparison to white men. Judges are also more likely to reduce a sentence for a white person than a person of color. When sentences are reduced for a person of color, they aren’t reduced as much as they are for white offenders.  It’s also noteworthy to add that Black and Hispanic people collectively make up 32% of the U.S population but over 56% of the incarcerated population. Black and Hispanic youth are also more likely to face jail time than White youth. It’s painfully obvious to see that the alleged scales of justice tip in favor of one side over the other. Simply being a person of color puts one at a higher risk of incarceration.

The scariest injustice of the “justice” system is arguably the death penalty. People of color, especially African Americans are hurt disproportionately by it. According to the American Civil Liberties Union, “People of color have accounted for a disproportionate 43 % of total executions since 1976 and 55 % of those currently awaiting execution.” Yet of all minority groups, African Americans are hit the hardest seeing, as they make up 52% of death row inmates. The death penalty is one of the most controversial topics within the U.S and rightfully so. According to a gallup poll, 60% of Americans favor life in prison without parole over the death penalty. It’s a flawed system and once an execution is carried out, that decision is irreversible.

And even if one doesn’t spend their life in prison or are executed, being convicted of a crime has effects beyond the prison sentence. It impacts what type of jobs they can get, where they can afford to live, and even their ability to vote.

There’s no one fix to such a rigged system but it’s clear to see that change needs to occur. Policing reform is a good place to start. Training police in ways that make them more race conscious is essential but only a start. Stopping the overpolicing of minority neighborhoods is crucial. Then we should ensure that when minority groups get pulled into the criminal justice system, that they have proper representation. This could be achieved by giving better resources to overworked public defenders so that they can better serve those they represent. It’s also essential to have racially conscious judges and jury members to ensure that cases are ruled fairly. As for the death penalty, the best solution is to abolish it.  It is a barbaric and cruel punishment that is used disportporatently against people of color. It has the risk of taking away the life of someone who is innocent, which is a risk that affects all races. It is unnecessary within our society and must be removed.

Justice can only be achieved through reform and an emphasis on equity. The U.S still has ways to go when it comes to the criminal justice system, but change is achievable. Through targeting unfair policing, racist judicial processes, and the abolishment of a barbaric practice, a U.S that gives life, liberty, and the pursuit of happiness to all is possible.