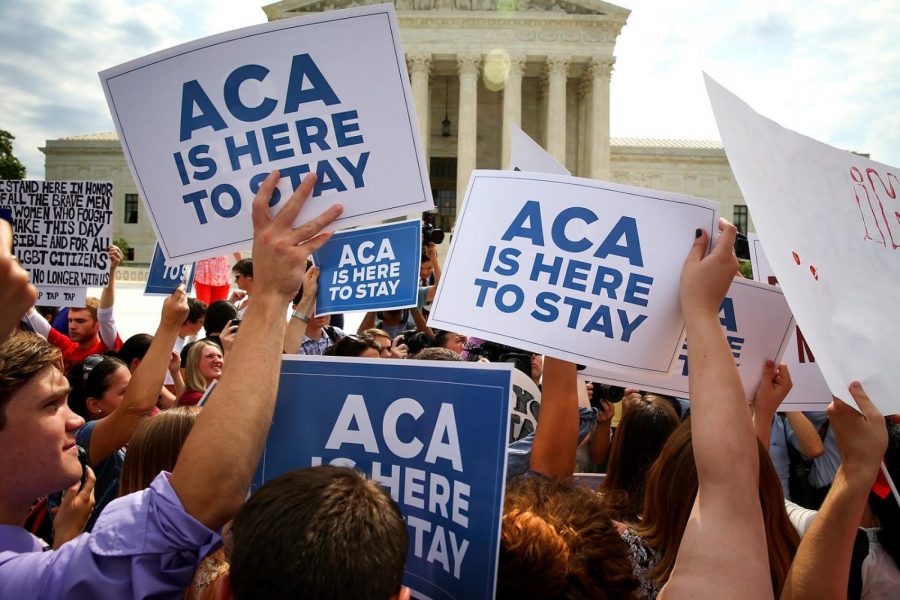 Demonstrators gater in support of the Affordable Care Act (2015)

At the beginning of November, the majority of the Supreme Court stated they would support the Affordable Care Act. It was brought to the Justices to determine the constitutionality of a specific mandate and thus the entire act itself. This mandate requires everyone to have health care or else they must pay a fee as a penalty. This part of the act was struck down, but the Justices were still left to decide on the act as a whole. Not surprisingly, liberal justices Sonia Sotomayor, Stephen G Breyer, and Elena Kagan support the Affordable Care Act. On the opposite side, Chief Justice John G. Roberts Jr. and Justice Brett M. Kavanaugh gave unexpected support to the act. They stated that just because they struck down against the mandate, it doesn’t mean they don’t support the Affordable Care Act. On the other hand, Justices Clarence Thomas, Neil M. Gorsuch, and Samuel A. Alito Jr., are opposed to the act, which is expected of them. Shockingly, Justice Barrett is harder to pinpoint on where she stands. In the past, she has spoken against the Act, but, as of recent, she hasn’t made any comments.

These predictions were made based on the oral arguments heard the day of the trial, but the court has yet to officially rule. However, these developments do provide some hope for supporters of the Affordable Care Act.