Should Student Loans Be Forgiven? 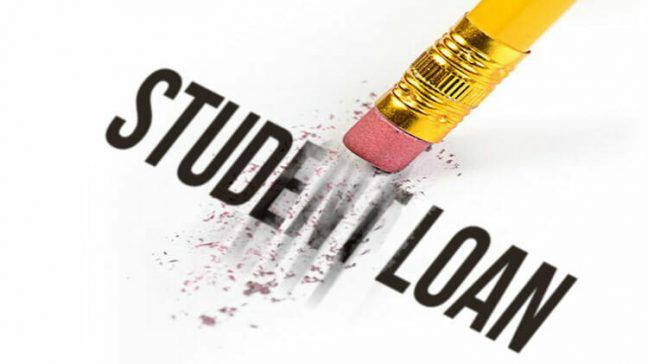 Currently, Americans collectively hold nearly $1.6 trillion in student loan debt, and young people feel plagued by their debt. To many, big purchases like buying a house have become a fairy tale. Recently, Democrats have offered a solution: cancel all student loan debt. This would mean all $1.6 trillion would be paid off by the government using taxpayer money, and everyone currently in debt would be freed of it.

Many notable Democrats, including Sen. Bernie Sanders, Sen. Elizabeth Warren, and Rep. Alexandria Ocasio-Cortez have pushed for this. Even President-elect Joe Biden supports the idea to some extent, advocating for a lenient payment plan. However, a Republican-led Senate and White House have crushed any hopes of it passing. Now, with a Democrat set to become President in January, progressive Democrats such as Warren and Ocasio-Cortez are trying to pull Biden in their direction and convince him to cancel student loan debt.

With student loan debt forgiveness being such a huge step, and one that may affect WHS students headed to college soon, Staff Artist Muskan Naqvi and Politics Editor Ben Williams have offered opposing opinions on the subject matter.

Within the recent year, President-Elect Joe Biden introduced his plan to tackle the current student loan crisis. In his plan, he would forgive the loans of those who’ve paid it responsibly over the last two decades, along with providing an annual relief of $10,000 for those in community/national service occupations. With loans going up to the hundreds of thousands for some, this may not seem like a lot, but for lower-income students, this money would relieve a lot of financial pressure. In fact, those making less than $25,000 would not be expected to pay back the government. This alone would help decrease the disparity in loans, and help those suffering from financial struggles amongst the current pandemic.

In the current pandemic, many have lost their jobs or been given unpaid leave. Those working in small businesses have been the most affected given lockdown restrictions and minimal stimulus packages. Regardless of economic status, these groups are expected to pay off taxes and debts despite the unexpected situation. By forgiving student loans it would help these people who are already struggling financially to be able to get out of their current situation and improve their standard of living while surviving an unpredictable virus.

Student loans disproportionately affect lower-income or disenfranchised students. These groups are at a disadvantage when applying for college and taking loans as, when money is an issue, college becomes a more difficult option to pursue. College tuition has nearly doubled since the 1980s, while minimum wage stagnated (with inflation), forcing more lower-income students to take out loans or join the military simply to get an equal chance at higher education. There’s a disparity between races too, with African American and Latino students taking out more loans than their white counterparts. Forgiving loans would reduce the wealth gap not only between classes but between races too.

Many would argue that the way to prevent outstanding loans is by simply being responsible with spending and tuition, but for many people getting a degree or certification is the only option for success. For me, getting a high-paying degree is my only option of improving my financial status, and in the end, if it isn’t for student loans, going to college would be impossible. I’m not alone in that fact either, and I’m privileged enough that I don’t worry about other factors such as food and housing. Demanding that these groups- who are often first-generation college-goers- sacrifice their education due to uncontrollable circumstances pushes the cycle of poverty, and forgiving debt would be a way to break it.

All in all, I believe that forgiving student loan debt would positively affect many groups of people by reducing economic disparity and helping those struggling in uncertain times. With expenses increasing drastically, tuition and how the government tackles it should be adjusted alongside it.

It’s no secret that the cost of college tuition is absurdly high. In the past few decades, students have been paying increasingly high tuition that has become unaffordable for even the middle class. However, canceling student loan debt is a short-sighted solution. It uses the power of the government to attempt to remedy a problem that the government created in the first place, and expands upon that problem in the long run. With that said, I believe student loan forgiveness is the wrong solution to the issue of the cost of a college education.

In order to get a proper perspective on the issue of high tuition, it’s important to look at how the problem began: the loans themselves. Prior to 1965, the government didn’t give out loans. If a student wanted to go to college but could not afford it, they (or more likely their parents) would have to get a private loan from a bank just like any other loan. That all changed with President Lyndon B. Johnson’s Federal Family Education Loan (FFEL) program, which introduced student loans from the government. With this, a lot of students that couldn’t before were able to attend college.

Over time, colleges found a way to use this to their advantage: if everyone can afford the tuition they set because the government will loan them the difference, tuition can be whatever they want. Normally, in a capitalistic society, businesses have to keep their prices low or else people won’t want to buy what they’re selling. Here’s an example. McDonald’s could make a lot more money selling Big Macs for $20, but who’s going to buy a $20 cheeseburger? So they sell them for $4 so that people will actually buy them. The availability of federal loans eliminates this concept. A university can charge $10,000 or $40,000 in tuition and get the same number of applicants because students aren’t spending the money they currently have, they’re spending their presumed future money. There’s less accountability with federal loans. After all, only 30% of undergraduates borrow money from the federal government, yet they hold 92% of student loan debt. Canceling all this debt would only cause tuition prices to rise faster than they already are, which is good for no one.

Additionally, there’s the classic question that halts all the progressives’ hefty spending proposals: how are we gonna pay for that? If I loan my friend $10, expecting to get it back when he gets his next paycheck, but later “forgive” his debt, I just lost $10. Now put that on a much bigger scale. Instead of losing $10, it’s about $1.6 trillion. The other major difference is whose money it is. If I forgive my friend’s $10 debt, that $10 came out of my wallet because I decided I didn’t need it that bad. The government, on the other hand, does not have its own “wallet”; all the government’s money comes from taxpayers. If they forgive the loan debt, that $1.6 trillion has to come from somewhere. This leaves the government with three main options.

The first option is to print 1.6 trillion new dollars, but that would cause massive inflation (again, good for no one).

They could increase taxes, but that would mean asking 141 million American taxpayers to foot the bill for something that’s only going to help 45 million people who may or may not even be taxpayers. And to put into perspective how much money they’d be paying, $1.6 trillion is about how much everyone paid in income taxes in 2017. Some argue that the super rich could pay for it, but not even they can fund it. It would take the collective net worth of every billionaire in the U.S. to come up with $1.6 trillion. And that’s under extreme circumstances; in reality, we couldn’t even tax them for that much money if we wanted to since most of their money is in nonliquid assets, not taxable income.

The final option is to cut spending in other parts of the budget in order to put together $1.6 trillion without raising taxes. This would be ideal, and I believe the U.S. could have many great social programs without outrageous taxes if the government cut unneeded spending. Unfortunately, the reality is that elected officials very rarely cut spending for anything except, ironically, education. Trusting them to move all that money from other programs would be our greatest mistake.

To brighten up an otherwise dark reality, there is a better way to approach the issue: make college cheaper. Not by giving it for free like Democrats propose, but by cutting spending on things universities don’t need, such as massively expanding school administrations and on-campus leisure activities. This means no more on-campus lazy rivers or spas or saunas or ball pits or bowling alleys or gaming rooms or rock-climbing walls.

In conclusion, canceling student loan debt puts a huge burden on taxpayers for a “solution” that is unstable and short-term. If we want to fix the problem of debt, fixing the costs should be our first priority. Shrink the role of the government and shift the focus of college back to education.