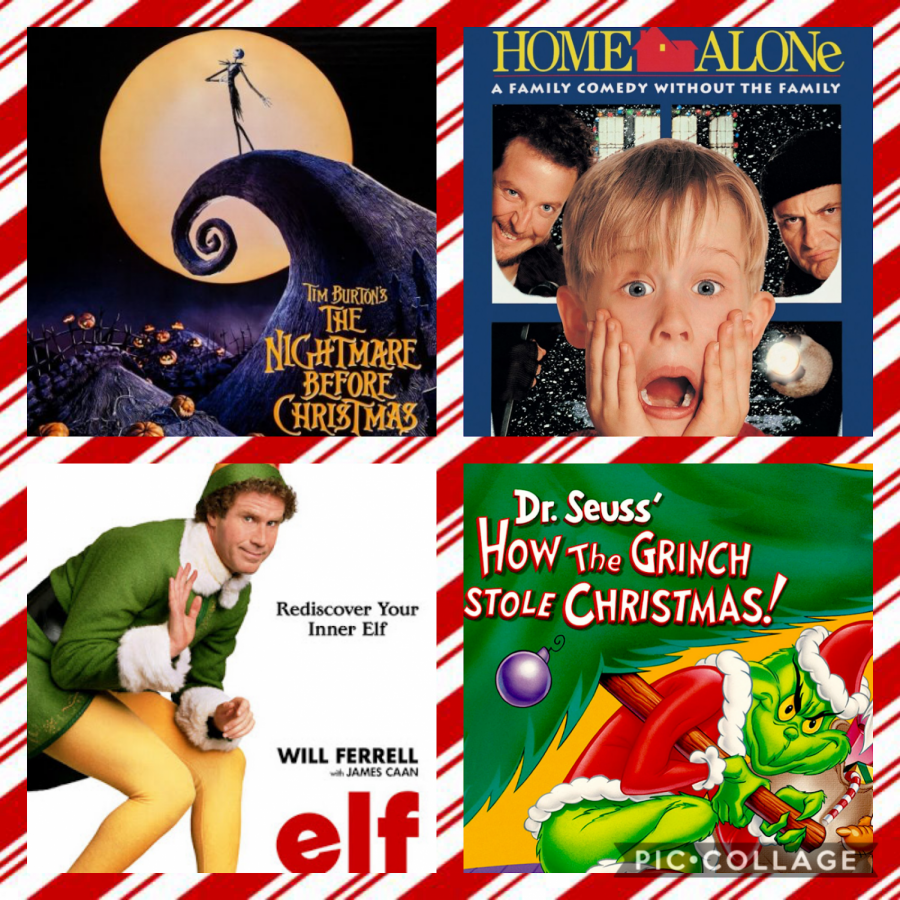 The time for giving thanks and gobbling turkey is over; now we transition to snowy nights and jingle bells blasting everywhere you go. Don’t get me wrong, I love Christmas. I just can’t stand Christmas music, especially Mariah Carey coaxing my eardrums every five minutes in the grocery store. My favorite part of the holiday season are the movies.

For example How the Grinch Stole Christmas. I’m not talking about the 2018 remake or the 2000 live-action version, but the half an hour 1966 version. To summarize, the animated toon is based on Dr. Seuss’s book. It portrays the grumpy Grinch hatching a plan to steal Christmas from the Whos of Whoville, which leads to the iconic song: You’re a Mean One, Mr. Grinch. The movie still resonates with the nostalgia of elementary school, eating holiday pastries and doing nothing but counting down the minutes before winter break.

Now we move on to the next best movie. Home Alone! I don’t know if I was just that kind of kid, but I wanted burglars to TRY and steal from my house after watching this movie. Home Alone genuinely made me believe that I could take down grown adults with nothing but my brain and traps, and that I could get free pizza. The 1990 movie follows eight year old Kevin McCallister who threw a fit the night before a family trip. When the family wakes up late the next morning, they have to rush to make their flight, but they forgot one important thing- Kevin! This leaves him to defend the house from two con men. Overall, this is a great movie, even though it makes me want to set some traps.

Next is The Nightmare Before Christmas. Watching this movie at a super young age, I was at a crossroads not knowing whether to be amazed or mortified. The 1993 film follows Jack Skellington, the Pumpkin King, who grows tired of scaring humans in the real world and comes to this realization when stumbling upon Christmastown. He eventually abducts Santa Clause because he wants to take his place in giving joy and presents and not fear. I honestly enjoy the movie more for the art style and scenes than the plot, but I still enjoy it!

Last but not least, Elf! Hands down, there was no one better for this role than Will Ferrel. The 2003 film follows Buddy the elf who was brought to the North Pole as a toddler, leaving him to be raised by elves. After discovering the truth about being human, he travels to New York in search of his real dad in hopes to meet him, get him off the naughty list, and develop a real relationship with his father, flaws and all. This movie is one of my favorites, and it will never stop being funny.

These movies are not in order in which I favor more, these are all solely my opinion on what movies are in the top four. That being said, enjoy the festive season with hot cocoa, marshmallows and your favorite holiday movie to watch with friends and family. Stay Safe and Happy Holidays!