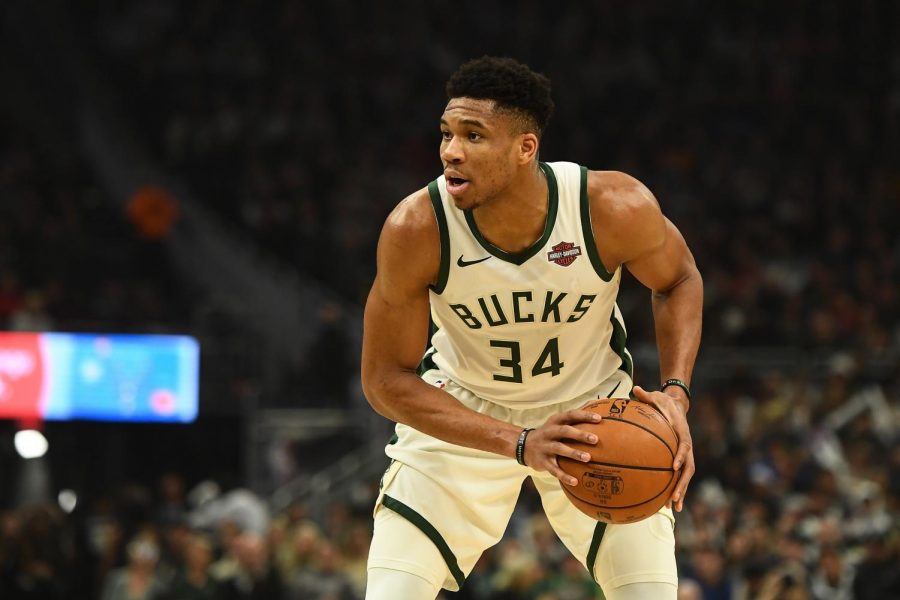 The NBA Awards are typically announced in late June at a ceremony that is broadcasted on TNT. This year, due to COVID-19, there was not a ceremony, and we learned the winners of the awards on later dates than we usually would. The six awards that have been announced are Most Valuable Player, Rookie of the Year, Defensive Player of the Year, Most Improved Player, Sixth Man of the Year, and Coach of the Year.

The league’s Most Valuable Player award is given to the player who is the best in that season. This year’s finalists were Giannis Antetokounmpo of the Milwaukee Bucks, Lebron James of Los Angeles Lakers, and James Harden of the Houston Rockets. Giannis took home his second straight MVP award in his career, averaging 29.5 points, 13.6 rebounds, and 5.6 assists, while getting 85 first place votes out of 101. Lakers superstar Lebron James had another historic year, leading the Los Angeles Lakers to the number one seed in the western conference since 2010. Scoring machine James Harden had another terrific season averaging 34.3 points, 6.6 rebounds, and 7.5 assists.

The Rookie of the Year is determined by who had the best season out of the players in their first season. The three finalists for the award were Ja Morant of the Memphis Grizzlies, Zion Williamson of the New Orleans Pelicans, and Kendrick Nunn of the Miami Heat. Ja Morant won the award nearly unanimously receiving 99 out of 100 first place votes. The explosive and acrobatic point guard out of Murray State University had an amazing rookie campaign averaging nearly 18 points per  game, 7 assists and 4 rebounds per game. Morant nearly led Memphis back to the playoffs in the competitive western conference when just one season before, Memphis had one of the worst records in the conference. Morant clearly had an instant impact and he has an extremely bright future. Many see flashes of a young Derrick Rose and Russell Westbrook when they see Morant play, his future is very bright. As for the two other finalists, their futures are quite bright as well.

Many people argue Zion Williamson could have won Rookie of the Year if he did not get hurt, as he had a great impact on the New Orleans Pelicans in the small sample size of 24 games he played. Williamson averaged 23 points, six boards, and two assists per game, and he led the Pelicans to an 11-13 record, which is far better than how they were doing before he took his first step on an NBA court in the regular season. The future is very bright for Zion, who many compare to LeBron James, one of the greatest to ever play the game of basketball.

The future is also very bright for Chicago native Kendrick Nunn. The undrafted Miami Heat shooting guard averaged 15 points per game in 67 games with the Miami Heat. He had a historic start to the season for the Miami Heat when he recorded more points in his first five games than any other undrafted player in their first five games. Needless to say, he is quite good at putting the ball in the hoop. The NBA is full of young talent.

The Defensive Player of the Year (DPOY) award is given to the player who has the largest impact defensively. This can be determined by several defensive statistics, the most important being blocks and steals. The three finalists for DPOY were Giannis Antetokounmpo of the Milwaukee Bucks, Anthony Davis of the Los Angeles Lakers, and Rudy Gobert of the Utah Jazz. Every single one of the players had an unbelievable impact on their teams defensively. Giannis Antetokounmpo, the reigning MVP, took home the award, and it was well deserved; he led the Bucks to their best regular season record, 56-17. His strength, speed, height and athleticism help him lock down opposing players on the perimeter and at the rim. He also helped lead the Bucks to be one of the best defensive teams in the entire NBA.

Utah Jazz center Rudy Gobert, who has won the DPOY award twice, could not bring home his third this year. He had a pretty good defensive season, averaging an elite two blocks per game. Gobert’s ridiculous seven foot, nine inch wingspan makes it nearly impossible to attack the rim when he’s in the paint; he is one of the best in the league at blocking shots. The next finalist was Lakers big man Anthony Davis. Davis averaged a ridiculous 2.3 blocks per game which put him at third place overall in the NBA in blocks per game. Davis’s speed and length make him a nightmare for opposing players to get past and score on. Shockingly, Davis has not won a defensive player of the year award yet in his career; however, he still has plenty of his career left. I believe at some point he’ll win one.

This year’s Most Improved Player finalists were Brandon Ingram of the New Orleans Pelicans, Bam Adebayo of the Miami Heat, and Luka Dončić of the Dallas Mavericks. Brandon Ingram of the New Orleans Pelicans won the award receiving 42 out of 100 first place votes. Ingram finished the year averaging 23.8 points, 6.1 rebounds, and 4.2 assists, better than his 18.3 points, 3 assists, and 5.1 assists per game last year. Ingram also made his first all star game appearance. Bam Adebayo went from averaging 8.9 points, 2.2 assists, and 7.3 rebounds a game last year to 15.9 points, 5.1 assists and 10.2 rebounds this year while also making his first all star appearance. Dončić, an already established superstar at only 21, made his first all star appearance and nearly averaged a 30 point triple double this year, and could be a future MVP in his career.

The three finalists for NBA Coach of the Year were Milwaukee Bucks’ coach Mike Budenholzer, Toronto Raptors’ coach Nick Nurse, and Oklahoma City Thunder coach Billy Donovan. All were very qualified, but the award was given to the reigning winner of the award, Nick Nurse. The reigning NBA champions, the Toronto Raptors, maintained a pretty good record of 53-17 despite losing NBA superstar Kawhi Leonard. This proved to voters that Nurse could coach a team that can win games without Kawhi Leonard. The runner up, Mike Budenholzer, who led the Bucks to an NBA best of 56-17, was very deserving of being considered for coach of the year. The other finalist was Billy Donovan who led an OKC Thunder team to the fifth seed in a loaded western conference when many NBA viewers expected them to enter rebuilding mode when they traded away former MVP point guard Russell Westbrook. This was not the case at all. Despite the Thunder having a 0.2 percent chance of making the playoffs according to ESPN, they made it and proved all their doubters wrong. All of these coaches did a fantastic job.